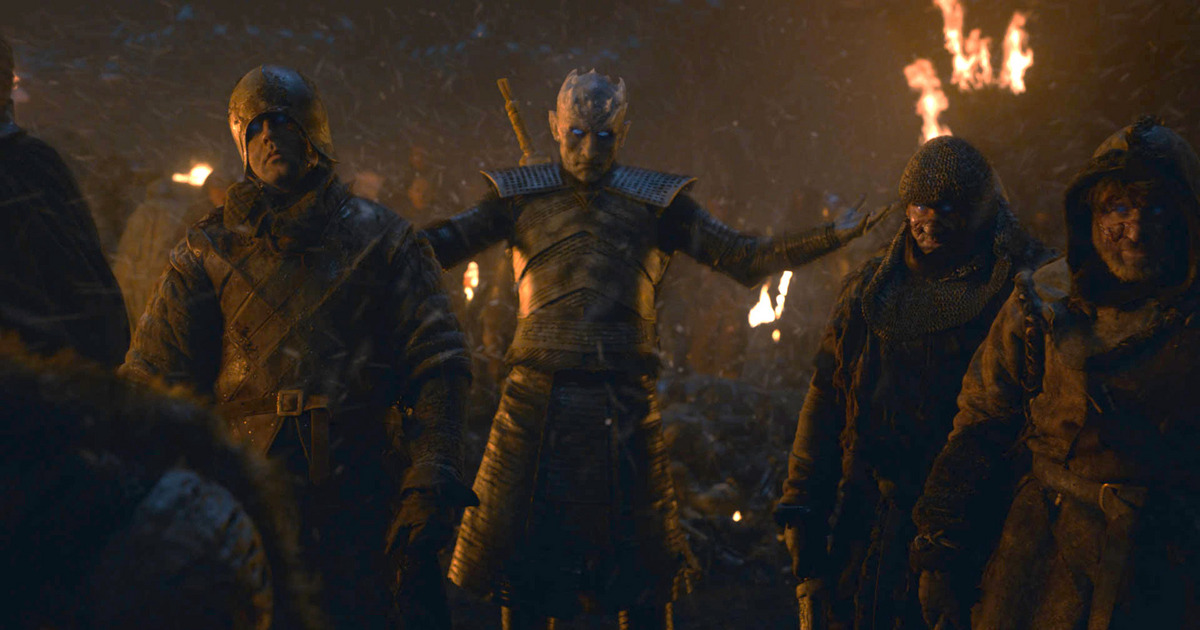 After more than a year since its last episode, HBO’s Game of Thrones show still raises a lot of critics and questions about its ending: with no real insight on George RR. Martin next book release date yet, what do we have left from the series?

It is quite a common thing that shows are still at the center of discussion even after years from their ending, and we had quite few examples in the past. Starting from Lost, moving past Angel and How I Met Your Mother, to get to one of the most recent open wounds from the TV series scene, Game of Thrones. It has already been more than a year since the show produced by the D&D duo came to an end among critics and controversy. The show left quite a lot of open questions that, so far, are still unanswered and left to fans’ speculations: there is still no sign of George RR Martin latest book release, The Winds of Winter, which is supposed to be released this year (but we don’t know exactly when). Martin and his novel will have the extremely heavy duty and pressure to right the wrongs of the last season (or better, the last three episodes and the very final minutes of the episode The Long Night) of HBO’s show.

The last season was undoubtedly rushed and it is undeniable that it is in contrast with the previous seasons (except for season 7), where the story-lines and the events always followed their course and had proper explanations and reasons for those to happen. Which are then the biggest unanswered questions left open by the show?

1. What was the real purpose and who was the Night King? And did he really have a plan to make it past The Wall?

The biggest question without any doubt. Who was this mysterious villain that tried (and failed) to wreck havoc on Westeros’ Seven Kingdoms? And what was exactly his plan to cross The Wall and bring his undead legions south of it? Before the producers and screenwriters decided to completely ignore these questions, there was a theory emerging on the web: the Night King was actually Bran (you can find the full theory here). This theory would actually explain the apparent never-ending wandering of the Night King and his army North of The Wall: with his ability of seeing the future, the Night King/Bran would have been totally able to know that the opportunity of taking control of one of Daenerys’ dragons will have come, and so he waited for that to happen. In the end, he wasn’t Bran in the series, but he could have gained some of his powers when he left his mark on Bran’s arm, that would still explain the lack of a proper plan: if this wasn’t the case, are we really supposed to believe that the White Walkers weren’t really a threat to the human kind without a dragon to shatter The Wall? Again, unfortunately, the series didn’t seem too keen in giving such answers.

2. Was it really Jon Snow the Prince that was promised? Was the fact he was a Targaryen really influent on the series’ events?

This is another tricky opening left by the series, which completely seemed to ignore the prophecies that they had been building up to the entire length of the show. In the end, it might appear that Jon aka Aegon Targaryen could be the Prince that was promised, since it is him who frees Westeros from another tyrant, but then he doesn’t take his rightful spot on the Iron Throne and is sent to The Wall. Throughout all the season, Jon lacks of charisma and is once again a victim of the events surrounding him: he can’t act for what he believes is best until the very last minute, and even in that Jon still needs some convincing. His glorious moments of the past season are only a memory and he is reduced to a useless subject, even though he is actually the rightful heir to the Iron Throne. A secret that took seven seasons to reveal itself, and in the time span of four episodes becomes useless and, in fact, remains a secret to most people. What a great way to ruin one of the biggest revelations in the whole show.

One of the mysteries of The Long Night. While he was acting as a bait for the Night King, Bran goes dark after saying this words to his protector, Theon Greyjoy (which by the way dies in the vain attempt to protect him from the Night King). What was he really doing there? Was he controlling some crows to witness the whole battle and save it in the men’s memory? Did he help Arya sneak past the Night Knig’s generals? Or was he just watching his sister Sansa getting raped by Ramsay Bolton one last time? I guess we’ll never know…

4. Did Drogon bring Daenerys’ corpse to Volantis for a reason?

Another burning question left unanswered. After Drogon discovers the lifeless body of his Mhysa (and melts the Iron Throne because… he was “pissed”, according to D&D), he flies away with the corpse and will never be shown again. Theories are that he brought her to Volantis to see Kinvara, one of the Red Priestess shown in the series. Might he have brought Daenerys there to be resurrected by the Lord of Light? Will this be a reason for a future sequel? We’ll have just to wait and see…

These above mentioned questions are among the biggest queries that fans would love to have an answer to, but they’re definitely not the only ones and we just might quote some of them: weren’t undead soldiers hydrophobic and when did they learn how to swim?
Why the North and Sansa were allowed to be independent without any other Kingdom issuing their request, too?
Definitely way too many interrogatives for a series finale, that should close every single story-line opened during the years and the seasons: I get the will to deliberately leave some questions opened for the chance of a future sequel (maybe?), but in most of these that’s not the case. It seems really unlikely there will ever be a sequel for Game of Thrones, and fans deserved a better ending than the one we got. If these questions will ever be answered is unsure: one thing is for sure, though: Game of Thrones finale was one of the most controversial that we have ever (and probably will) seen so far.

What about your thoughts? Any other impelling questions you’d like to be answered to? Share your ideas in the comments section!